The Power of Secrecy 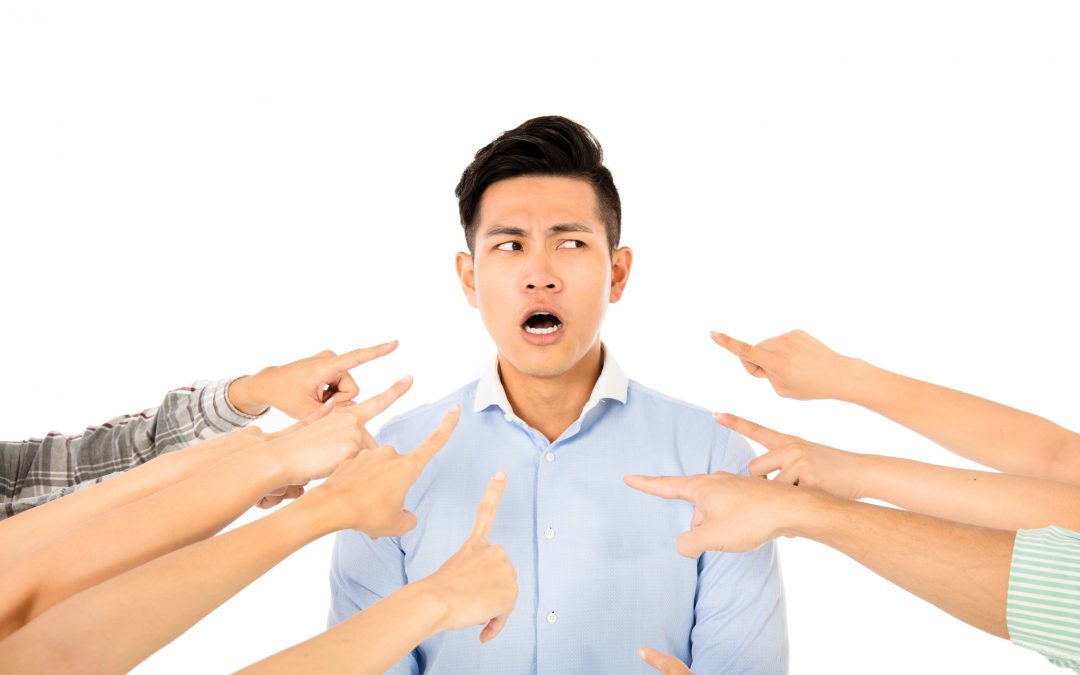 Secrets are powerful.  I’m not talking about the little bits of information and gossip that we inadvertently or surreptitiously obtain about one another.  The secrets I’m referring to are the ones we keep about ourselves, the parts of ourselves we perceive would create chaos and damage our lives beyond repair if anyone found out the truth.

Fitting with the focus of Where Grace Abounds, I’ll focus on the topics of sexuality and relationship.  Secrets can be about anything really, from a sexual fantasy that has never been acted upon to a full-blown double-life, delicately held together with deception and lies.  Big or small, secrets can begin to control our lives.

Why all the secrets?

What is it that causes men and women to feel driven to keep a secret?  Somewhere in their lifetimes, they received (or perceived) a message that something about them was shameful.  Within the church, a message of shame is unintentionally communicated rather often.  We hear from the pulpit a message about our sexuality, for example.  In the message, we hear a very clear list of all the things we should NEVER do.  Without a message of hope attached to this list of “no no’s,” many feel that they are essentially bad people, because they have made some of the choices we are not to make.  Or they have had choices made for them.  Or they simply want to do something sinful and cannot understand why.

Growing up in church, I learned at an early age that homosexuality was not an acceptable behavior.  It was an awfully powerful word which I was afraid of before I even knew what it meant.  As I entered adolescence and began to realize that my attractions were for the same sex, I was horrified and terrified.  The people in church were like my family.  I was afraid to talk about my homosexual feelings, because I was convinced that I would be rejected.

Pastors are given a weighty task – to communicate the Word of God.  The Scripture describes some things as sinful, and it is a pastor’s task to discuss these issues.  Was the truth of Scripture shared with me without the message of love and grace attached?  Perhaps sometimes it was.  More often, I think I was so wrapped up in the fear I was feeling that I was unable to hear any accompanying message of hope.

A fear of rejection

The point I am trying to make is that I had a BIG secret that I didn’t feel I could tell anyone about.  Left to myself and my perceptions, I developed an incredibly skewed view of who God was and how other people felt about me.  I believed that if anyone knew the truth about me, I would be rejected.  God already knew the truth (because He knows everything), and I didn’t know what to think about that.  If I was going to be sent to Hell for having homosexual attractions, there didn’t seem to be much I could do about it, except to try and manage other people’s perceptions of me as best I could.  So I kept my feelings a secret for a really long time.  I wish I could take what I know now and go back and have a conversation with the younger version of myself.

We are all guilty of sin, and all sin is equal in God’s eyes.  I’m not always sure why some, like me, take that guilt and turn it into shame.  Feeling guilt is an admission of wrong-doing.  Feeling shame can take on an identity of its own.  Where guilt says, “I did something bad,” shame says, “I am bad.”

An inability to receive love

When people are buried in secrecy and shame, they can feel unworthy of legitimate love, care, and acceptance.  Even though they may have lives filled with family and friends, because no one knows the things they keep to themselves, they are incapable of receiving love.  “I love you,” is heard through the filter of, “You don’t know the real me.  If you really knew me, you would hate me and reject me.”

With this in mind, we are better able to understand how a person can turn to any number of behaviors to bring comfort: pornography, drugs, alcohol, and addictive sex, to name a few.  These things do not bring life, but they can offer comfort for a time.  These things never reject us, and they work to numb the pain every time.

A community of support

I remember what led me to WGA.  My life and my faith had reached a crisis point.  If God’s promises were true for other people, then they had to be true for me too.  Otherwise, what was the point of following God at all?  It was through my questioning and prayer about this that God brought me to WGA in 1995.

WGA is far from perfect, but we do our best to create a safe place for men and women to share openly.  Often this is the first place where a woman is able to share about her same-sex attractions, or a man can share about his secret thought life or addiction.  What they receive from us and the others in our group is acceptance and understanding, rather than the rejection they’ve feared for so long.

That is exactly what I experienced at WGA.  I shared those deepest secrets that I was certain would bring me rejection.  What I experienced was love.  The truth of who I was in Christ was reflected back to me in the eyes and words of the staff and leadership.  The love went deep into my soul, in a way that I had been unable to experience for a very long time.

I opened this article by saying that secrets are powerful.  There is truth to that, but secrets are only as powerful as we allow them to be.  The power of secrets is silence.