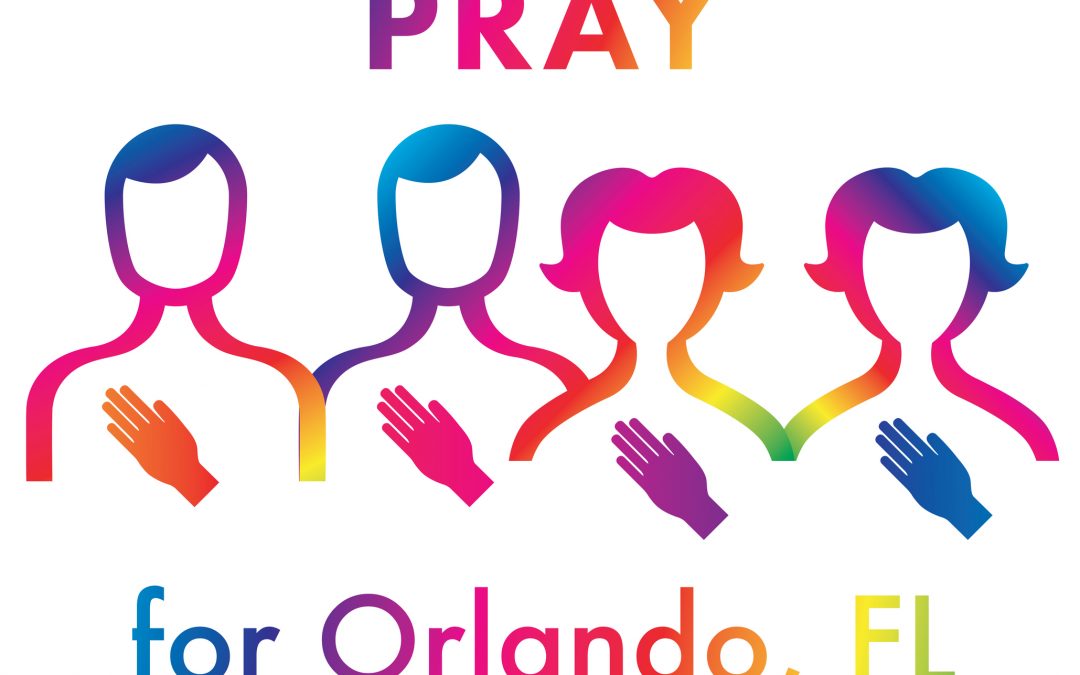 Introduction: I originally wrote this article soon after the Orlando Shooting in June of 2016. June 12th marked the 5th anniversary of that horrible day. This attack on the LGBTQ+ community took the lives of 49 people and injuring over 50 more, which is the 2nd largest mass shooting in US history. Will you pause and pray for the victims and their families? Will you reflect on the impact this had on the LGBTQ+ community? Let’s show compassion and love to a community that often feels rejected by Christians.

Since hearing the news of the horrible massacre at a gay bar in Orlando on the morning of June 12th, I have been in shock. There really is little to say that will bring comfort to those affected by the shooting. Most of the things we tend to say as Christians seem like platitudes. Yet, while it may seem trite to some, the most important thing we can do is pray. I wonder, in addition to our prayers for peace and healing, should we not be asking God what actions we can take to bring about healing and peace? I am writing three days after the tragedy. On social media, I have already watched the wave of responses morph from initial shock, horror and devastation to criticisms of all those initial reactions. “No one seems to be doing enough,” I read. “Christians have been silent and that is deplorable.” “Religious intolerance is the root of all this hatred and Christianity is, at least in part, to blame.” Many are zipping past hurt and grief and using the situation to further their own agendas, be they political or religious or whatever else.

The shooter in this case was a Muslim and had claimed allegiance to Isis (at least that’s what we are hearing today). Unfortunately, I know very little about the Islamic faith. I imagine that Isis is made up of extremists; much like those associated with Christianity over the centuries. I do hear some messages of hate from Christians, although no recent examples that I am aware of have resulted in this kind of slaughter. Sadly, those who have questions about their own faith and are open to exploring religion may be pushed further away from that pursuit by the idea that religion is about hate. For those who have yet to adopt a faith, Christianity and extremist Islam probably don’t seem all that different from one another. The message of the day is that religion breeds hatred. Whether or not you agree, it seemed very true on June 12th, especially to the LGBTQ+ community. And while, yes, you can argue that this was an attack on America, not just the gay community, it was aimed at a people group that has been the target for a long time.

What is our Christian Response?

As Christians, how can we take this opportunity to show more love than we ever have before? In Orlando, I know that people showed up in droves to donate blood to the victims. I have heard that many churches have offered funeral services free of charge to the victims’ families. Most of us do not live in Orlando, so a direct response is not possible. There are places to give donations that are easy enough to identify. The funds will go to support the victims’ families. Whether or not you agree with the “lifestyle” of those involved, an outpouring of love and generosity is needed.

We can consider how to make our communities safer. The more such shootings occur, the less safe everyone feels. We can counter fear by continuing to live our lives visibly in the community. It may be tempting to hide away and create an illusion of safety for ourselves, but that is not practical or helpful to society at large. I remember after the Aurora theater shooting in 2012 how “on edge” I felt the next time I was in a theater. I was afraid, but it was important for me to go back to a theater. It may seem easy to dismiss the June 12th shooting because it was in a gay bar, a place you might never go. But really, it could have been anywhere. It has happened in our churches and schools and malls. Now is a great time to reach out to your LGBTQ+ loved ones. Let them know you care. Ask them how they are being affected by these events. Tell them that you love them. Make sure there is a “period” at the end of the “I love you.” No ifs or buts following the statement. Just “I love you.”