Three Things to Count on in Our Uncertain World 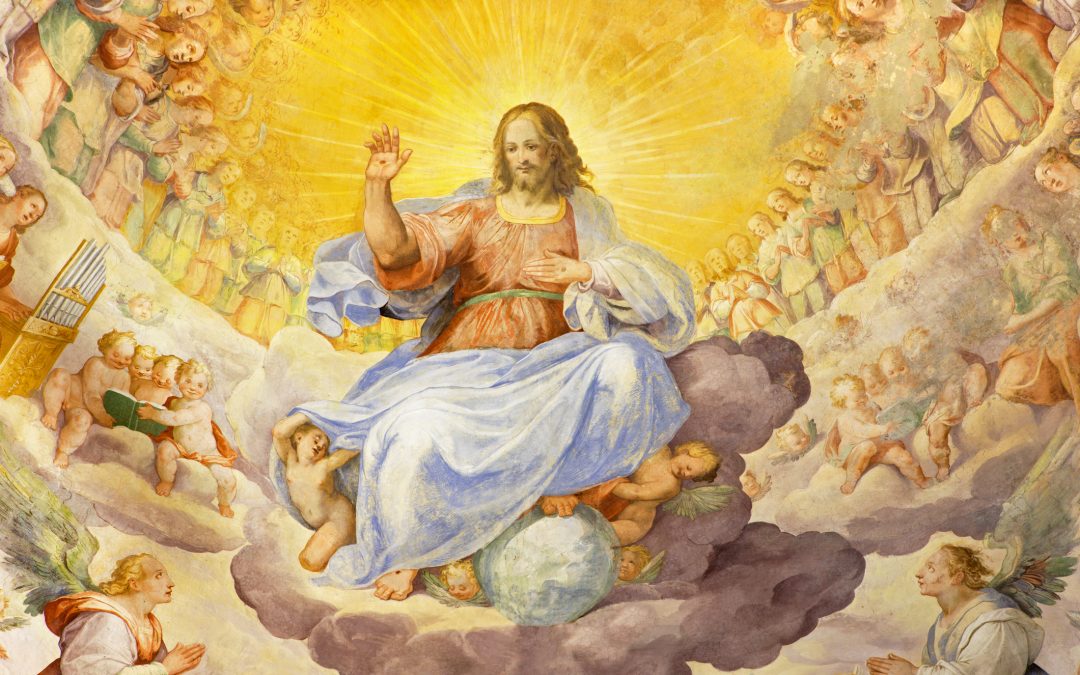 Comfort often comes to me through the way the Bible places praise in so many prominent places in its teachings.  Often, just as the Psalmist is lamenting about great suffering, there is the sense of an intentional turn, a decision to focus attention God-ward.  In the midst of crying out an honest complaint from a heart experiencing a great injustice, the sufferer yet turns toward God, and says, “But God,” rising to stand and proclaim a commitment to God as the sovereign Lord and reaffirm a profound faith in, and expectation for, His provision.

Psalm 22 is one of the most compelling to me, as the Psalmist pours out his heart to God—his whole heart, the good the bad and the ugly.  For example:

1 My God, my God, why have you forsaken me?
Why are you so far from saving me,
so far from my cries of anguish?
2 My God, I cry out by day, but you do not answer,
by night, but I find no rest.[b]

3 Yet you are enthroned as the Holy One;
you are the one Israel praises.[c]
4 In you our ancestors put their trust;
they trusted and you delivered them.
5 To you they cried out and were saved;
in you they trusted and were not put to shame.

This passage is one of the most graphic examples among several of the Psalms known as the “imprecatory Psalms,” those within which are juxtapositioned the raw elements of lament and passionate praise.

One might wonder why this seeming contradiction—a God to whom we complain and praise within a milli-second— why this dissonance might be comforting to the reader.  The wondering ends quickly when one realizes the contradictions and dissonance echo the cries of our own hearts toward God.  We are relieved to find ourselves welcomed with, not despite, our conflicted hearts.

Not such a mystery, when one considers that, even as I write these words the entire world is suffering the effects of a pandemic and our governments reaction to it.

So much uncertainty – so much we don’t know these days—and people of faith instinctively turn our eyes outward, upward, inward with the hope there is something bigger than ourselves we can count on in this world where so little proves trustworthy.

“There are many who deny the existence of Satan. They claim that what we call Satan is only a “principle of evil.” That this “evil” is a sort of “malaria,” an intangible thing like disease germs that floats about in the atmosphere and attacks people’s hearts under certain conditions. The existence of Satan cannot be determined by the opinions of men. The only source of information is the Bible. That is the reason why Satan tries to discredit the Word of God. He is not a “principle of evil” he is a Person.”

Larkin goes on to clarify the jurisdiction of this person called the “God of this world,” as not having ownership of the whole earth, but having charge over “World Systems.”

“Satan is the God of the habitable earth, these “World Systems” embrace business, society, politics, and religion.” Satan is the Ruler of the “Powers of Darkness” of the “Spirit World,” (Eph. 6:11,12), …

Larkin’s take on Satan’s influence is credible.  And it is certainly easy to believe these days—it is a reasonable explanation for the division and strife, fear and unrest that is in our face every day in the news, in the polarization of our society.

And., we know this because the Word tells us this is true – the whole world lies under the sway of the evil one.

Yes, the Word acknowledges that the whole world lies under the sway of the evil one, but it also tells of God’s sovereignty, and that we can count on Jesus’ dominion and authority with great confidence, with good cheer, even, that Jesus Himself has overcome the world!”  In Jesus’ words when he spoke at the culmination of His most important, His final work, “It is finished!”  He has overcome the world.”

Even knowing of Satan’s power and influence in our world systems; we can also know that Jesus has overcome the world!

These two principles on their own would leave us two choices.   Choices between which we could conclude that “all is lost anyway, nothing can be helped; nothing we can do,” OR the equally passive conclusion-full denial of what is happening, “Jesus has got this; I don’t have to do anything.”

BUT, there is a third point we can also count on, one in which we find ourselves very much a player in the whole scene in our world.

1 John 5:5 – We know from this passage also, “Who is it that overcomes the world—he who believes that Jesus is the Son of God.”

This is the hardest for me to remember, “…he who believes that Jesus is the Son of God are the overcomers!  That’s us!  That’s me!  And that’s you, the reader!

Yes, the world is under the sway of the evil one, but Jesus has overcome, and we are a part of that. . .  we who believe that Jesus is the Son of God (that’s us!) are joined with Him in the overcoming.

The Power That Brings the World to Its Knees

Every God-begotten person conquers the world’s ways. The conquering power that brings the world to its knees is our faith. The person who wins out over the world’s ways is simply the one who believes Jesus is the Son of God.

And in the words of Catherine of Siena:

Not yet convinced?  Read this then:

“Then I heard a loud voice in heaven say: “Now have come the salvation and the power and the kingdom of our God, and the authority of his Messiah.  For the accuser of our brothers and sisters, who accuses them before our God day and night, has been hurled down.  They triumphed over him by the blood of the Lamb and by the word of their testimony; (Rev 12:7-12)

“How do we do this overcoming?” one might ask.  One saint says to keep it simple:

“Be who you were created to be, and you will set the world on fire.”
― St. Catherine of Siena