The Ripple Effect of Choices We Regret 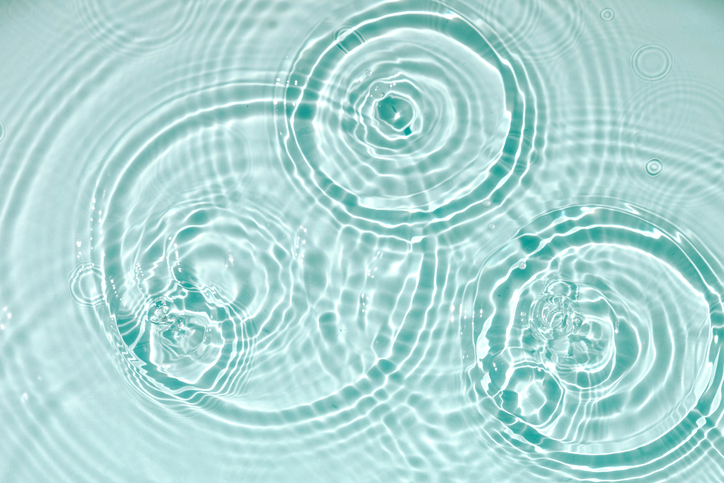 Q: Why do I start with a statement that is clearly theologically wrong? Christians who study the scriptures discover early on that no one goes to hell without having known the Truth and had the opportunity to be set free by that Truth. We also know that Jesus is “the Way, the Truth, and the Life” and it is only through Him that anyone comes to the Father.  (John 8:32; John 14:6)

A: I use this quote because it most concisely illustrates what I want to talk about today—the experience of hell-on-earth that happens after we discover the way something ought to have been done—just as we are suffering painful consequences of having done it the wrong way. So, in this little blog post, “hell” is meant to describe the profound regret that comes from discovery of the “truth” too late to avoid considerable suffering.

One vivid memory of a time where I experienced this sort of hell on earth goes all the way back to my first few months as a Christian.

I was eager to learn how to live out my commitment to the Christ who revealed Himself to me through the ministry of Denver Friends, a little Quaker church close to where I lived in North Denver. Most immediately, I wanted to learn how to parent my children properly, so I signed up for a parenting class, “Steps to Effective Parenting” that was offered during the Christian Education Hour. I thought about it all week before the class was to begin, relieved that I was going to discover how to do right by my children—a desire and goal I had long held but found myself clueless on how to get there.

So, with my new workbook on my lap, pen in hand, I sat and listened, ready to hear the remedy for what ailed my family. My heart sank as the teacher started out by quoting from his teacher’s guide, “A child’s basic temperament is set by the time they are five years old.”

I had two children of my own, aged nine and six, and four stepsons, fifteen, thirteen, nine and four. The thought went through my mind, “It’s too late; its already too late!”

No one else in the class could tell; I was too skilled at hiding my emotions. But I was devastated. What I had hoped–that I would find a way to fix the problems–did not seem possible for me and my family. Fortunately, I continued to sit and listen, heart pounding with fear and regret for my part in the problems my family faced. Jesus forgave me; the Holy Spirit would guide and direct; I had only to follow Him.

It is a story for another time how the next fifty years played out. Still today I am brought to quick tears when I think how my ill-informed decisions affected my children—the consequences they still face in their own lives and the lives of their children—ripple effects of decisions made in not enough light at the time.

But for the purpose of this blog post, I turn now to the point I want to make for friends and supporters of WGA. People who come to WGA support groups, participate in small groups, come in to talk with us about the pain, fear, and confusion of their lives, are sometimes haunted by “the truth they have seen too late.”

The world does not have what they need at this point. Some have been told, “Oh, don’t feel that way; you be you; it’s okay whatever you do.” But as I have been told by people whom come to WGA: “It doesn’t work.” “I tried to make it okay.” “I thought I was following the truth about me; but it hasn’t brought me peace.” “What do I do now? I have messed it all up.”

In the words of a trans-woman, Rosie, who called WGA in a hell-on-earth moment in her life, “Is there any room in God’s heaven for someone like me?”

Make no mistake, it is still true that the consequences of our actions ripple on and on. But the Lord gives us the strength and heart to follow Him out of the holes we have dug in our lives.

And I am so grateful that we were able to sit with Rosie, teacups balanced on our knees, and tell her with assurance that God did indeed have room for her in heaven.

The Church, the Body of Christ, does have what people need—if we will but offer it in gracious truth, truthful grace. Lord, may the people of God, Your people who are called by Your name, humble ourselves, examine our hearts, turn from our own sins and pray for those whose lives are hell-on-earth. Heal our land, Lord! (2 Chronicles 7:13-16)