The Cultural Battle: A Widening Gap Between Gender and Biology 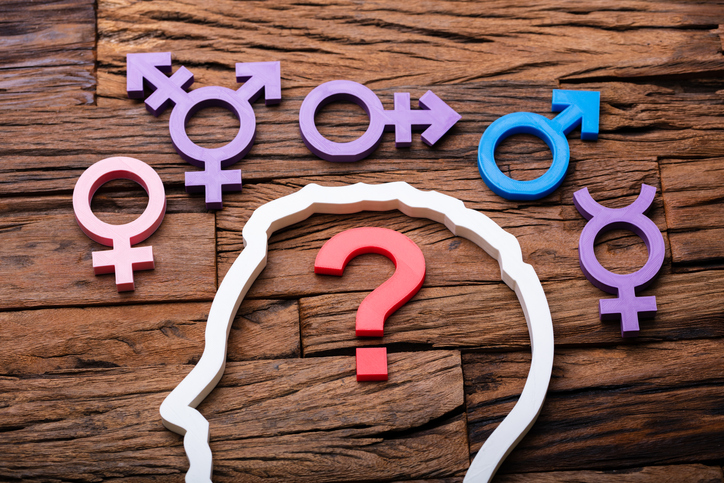 “What is gender, and how is it related to sex?  Sex and gender used to be synonyms.  Everything we’ve said about sex could also be said about gender.  Sex was gender and gender was sex.  But ever since the late 1960’s the terms sex and gender have been used to describe different aspects of our male and female experience.”  Preston Sprinkle, Embodied, Pg 40

When Did They Become Different Things?

“Mommy, how do I know I’m a boy?” A dear friend shared this story with me recently. Her inquisitive 7-year-old posed the question out of the blue to her one afternoon. I thought her reply was ingenious—“Because your body tells you, that you are a boy.” Now a days these simple questions aren’t so easily answered. The above quote from Dr. Preston Sprinkle gives us a picture of the battle going on in our current culture. I remember very well when sex and gender were synonymous with each other. On applications it would ask your “gender” and I’d check off “male”. But over the last 60 years, because of various influences these two facets of our personhood are getting farther and farther apart.

Let’s start with some definitions. Preston goes on to say regarding our biology “The American Psychological Association says, ‘Sex refers to a person’s biological status and is typically categorized as male, female or intersex.  There are a number of indicators of biological sex, including sex chromosomes, gonads, internal reproductive organs and external genitalia.”  Preston Sprinkle, Embodied, Pg 38

What makes up our male and female biology is what we learned in basic science class. Someone is either male or female (we’ll leave the important intersex question for another article) based on an XX or XY chromosomes, internal reproductive organs, external sexual genitalia and the development of secondary sexual characteristics at puberty. We are sexually dimorphic creatures and like my friend told her son, our bodies tell us if we are male or female. I heard a speaker once say if he was dug up 100 years from now, you’d be able to tell that he had been a male—because it’s in our very bones. Yet isn’t it interesting in our therapeutic and wellness avenues we are encouraged to “listen to our bodies”? They will tell us what we need. The only place we’re not encouraged to listen to our bodies is in this recent gender conversation.

So What is Gender Now?

That is a very good question. What exactly is our “gender identity” in today’s world? Is gender simply a social construct created by the patriarchy? It would seem this view is held by many feminists. On the other hand, I’ve heard it often said “our biology” is what’s between our legs and our “gender identity” is what is between our ears. This would be our internal sense of masculinity or femininity. Do we feel we fit in the world of men or women? Do we feel we fit in both or neither?  If it’s all based on how one feels, this is one reason we have so many more gender expansive identities. Or is gender the ways most men or woman behave in any given culture or time? Most men or woman dress a certain way, have certain interests or hobby’s based on gender roles or stereotypes?

I believe all 3 definitions may be true. Therefore, it is challenging to have discussions on gender identity right now. You might hold a specific definition of gender while the person you’re talking to has another. It’s easy to miss each other.

What Gives Weight to Our Identity?

Is it sex or gender which tells us who we are? As the culture continues to widen the canyon between these two facets of our sexual identity there is an air of exclusivity camped on either side. Some will say biology has nothing to do with gender identity, while others are all about the body and dismiss gender. I believe both carry important and similar weight as we and our upcoming generation try to figure out these complexities. What are the intended consequences when either are left out of the definition?  We’ll explore that in my next blog.