Sexual Identity: Revisiting the 5 Pieces of the Puzzle Pt. 3 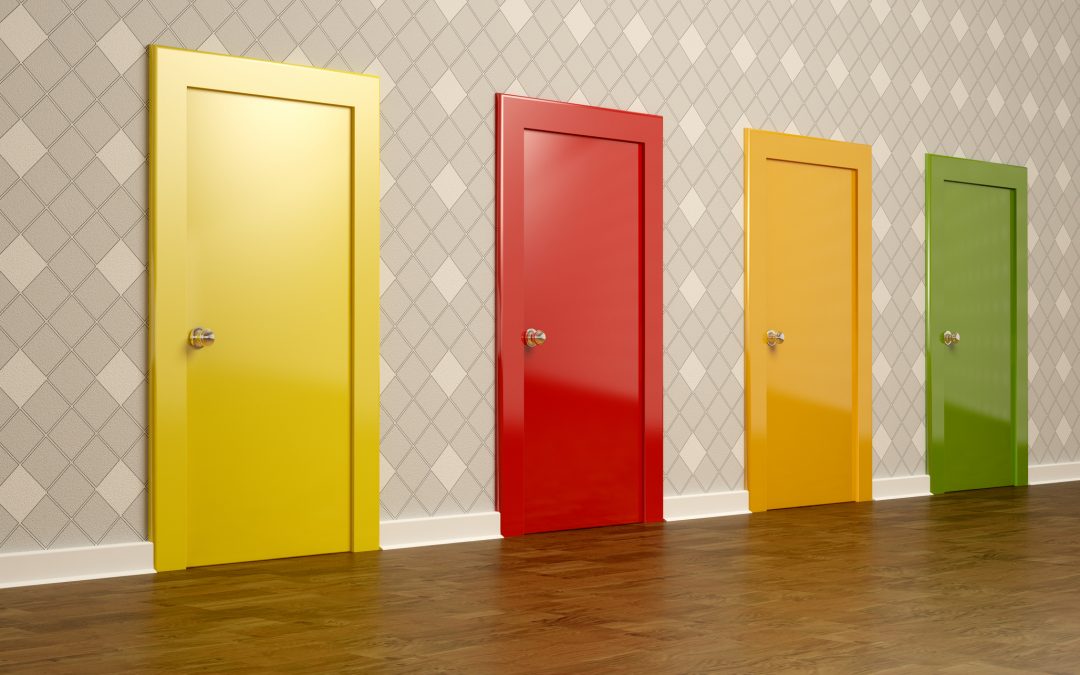 Labels—Should I Have One?  Which One?

I “came out” of the closet in 1985 when I was 21 years old—well, more like exploded out. I imagine this news wasn’t too shocking to anyone, except now I verbalized it officially for the first time. Prior to this pronouncement, my sexual identity had always been a big ball of confusion. I struggled with my gender identity from an early age and my attractions were all over the map. I had crushes on a myriad of girls and guys through middle school. A friend had initiated a sexual experience with me at 14 and that was when the sexual identity question arose. Am I gay? I pondered this off and on over the years, even through my conversion to Christianity at 17. Now in the midst of my coming out process this question was finally being answered.

I stepped into a gay bar for the first time and practically kissed the ground. I was home. Identifying as a gay man meant I now aligned myself wholeheartedly with the Gay Community—its causes, politics and beliefs. I wore it well by attending Gay Pride events, sporting t-shirts with rainbows splashed across them. A close friend at the time would often say she was gay when she slept, gay when she brushed her teeth and gay while grocery shopping. What did that mean? Though I didn’t quite get it I responded with a fist pump in the air and a rousing, “Hell yeah!” Being gay was central to my whole identity–I was gay with a capital “G”.

What exactly is a Sexual Identity Label?

I miss the 80’s (a common lament for those who know me), but it was so much simpler then. There was only one letter to the acronym—“G” that encompassed the Gay Community. Now, gay doesn’t contain the vast identities under the umbrella anymore. Over the decades the letters have grown and the one I see most frequently has 7 letters—LGBTQIA. I’ve seen others that are 11 and more. But what is a sexual identity label and why do people use them?

Christian psychologist, Dr. Mark Yarhouse offers his definition. “A socio-cultural label that helps people communicate to others something about their sexual preferences (e.g. “gay”, “straight”, “bi”). It may be based upon a person’s sense of his or her biological sex (as male or female), gender identity (as masculine or feminine), direction and persistence of sexual attractions (sexual orientation), intentions and behaviors (what one intends and chooses to do with the attractions one experiences), and beliefs and values about sexual behavior.” Mark Yarhouse “Sexual Identity and the Christian,” via YouTube

The Battle Ground over Identity

So according to Dr. Yarhouse it’s all about communication. For those using sexual identity labels it is about communicating to the world something about ones sexual preferences, but mostly what someone values. As you explore the above puzzle pieces and perhaps begin to draw conclusions, this could influence how you see yourself. What are you giving weight in your sexual identity and how do you convey that to others? This is where the battleground begins.

There are men and women who experience same sex attraction but want to walk out a traditional sexual ethic. A common belief amongst them is the only place for genital sexual expression is reserved in a covenant marriage between a man and woman. But when we begin to figure out how to communicate about same sex attractions, we can find ourselves at a crossroads.

For some men and women, these same sex attractions have always felt “unwanted”. They can be tangled up with shame and a sense of failure. They are viewed as an aspect of sexual brokenness and there might be efforts put forth to change one’s orientation. With regards to adopting a sexual identity label, the bottom line question would be, “Why would I want to identify with my brokenness?” We don’t make identities out of other broken parts of our life (like being a Lustful Christian?). Using a label like Gay Christian or Queer Christian would feel dissonant or even heretical to some. This group of people might prefer to identify as someone who struggles with or experiences “Same Sex Attraction” (SSA)

For others walking out a traditional sexual ethic, they might embrace a sexual identity label that describes them as Gay or Queer. Or use one of the other letters in the LGBTQ alphabet soup, still attaching it to being a Christian. It might be a way of distancing themselves from years of shame and failed attempts at change. Identifying as gay or lesbian (or something else) may feel more authentic and honest to them. There are those that while using a label, don’t allow it to carry the full weight of their overall identity. Think of my friend who was fully “gay while brushing her teeth”. Their definition simply means this is part of their life and how they “experience” their attractions. Yet, even with a label they will steward their attractions in a way which aligns with their convictions.

So which is Better?

Of course since our sexuality is complex, there are even more nuanced ways men and woman navigate these issues. It’s not usually that black and white. Our sexuality and identity are so deep and personal; you can imagine how strongly both sides feel in this debate. It can get pretty heated and ugly at times. I have friends in both camps and I greatly respect their personal pain in the process of coming to their own conclusions. How we view ourselves and show up for the world is intensely personal. So which label is better to use (or to even use one at all?)—SSA or LGBTQA? They can both carry baggage and benefits. Oh, and is there a label that I use for myself? The answers to these burning questions in my next blog.