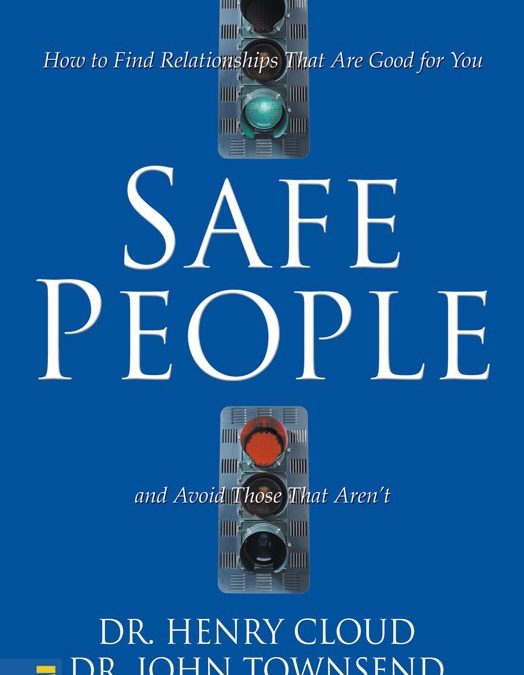 The 1980s were a real “train wreck” decade for my relationships. While dancing in the clubs to “The Safety Dance” by Men Without Hats, I found the issue of “safety” had become significant. After my third toxic relationship, I often wondered, “Why do I attract the same exact kind of men?” There certainly was a “type.” They were usually distant, detached, struggling with addiction and afraid of real intimacy; they preferred to keep things shallow. These were not safe people.

On the other hand, I wasn’t exactly the safest person on the planet either. I erred on the emotionally dependent side of relating. It was always too much, too soon and too needy. My dependency was a perfect noxious complement to their distance and self-protection. I struggled with addiction also, and had a hard time managing my emotions. It was exactly this kind of relational craziness that landed me at the doorstep of Where Grace Abounds.

How do I find safe people? How do I become a safer person? These were the questions I began to ask as I sought to be a healthier person.

“We choose people based on outward appearance and then experience the inside of them. We look at worldly success, charm, looks, humor, status and education, accomplishments, talents and giftedness, or religious activity. But then we experience the pain of being in real relationship with them, and come up very empty-handed” (Cloud and Townsend, Safe People, p. 21).

In Safe People, Drs. Cloud and Townsend highlight three categories of unsafe people and some of the traits they exhibit:

“Abandoners are people who can start a relationship, but can’t finish it,” or stay consistent (Ibid.). This group of people usually seems connected and fired up at the beginning of a relationship. They might even affirm their commitment to long-term relationship. They seem connected and ready to delve deeper. But when the going gets tough or it’s time to pursue a deeper intimacy, they usually get going. Afraid of closeness, they prefer to keep things light.

“Critics … are judgmental, speak truth without love, and have no room for grace or forgiveness (Ibid., p. 22). The word “Pharisee” comes to mind when I think of this group. “More concerned with confronting errors than … making connections,” they may take rigid moral while neglecting love and empathy (Ibid., p. 23). They are overly concerned with what others are doing and “confuse weakness with sinfulness,” often condemning those who are genuinely struggling (Ibid.).

“Irresponsibles are people who don’t take care of themselves or others” (Ibid.). As the label suggests, “they have problems with delaying gratification” and might struggle with a myriad of addictions (Ibid.). They routinely let others down as they have a hard time following through with their commitments, which damages trust. Other people end up bailing them out constantly since they never consider beforehand the consequences of their actions or decisions.

Some Questions to Ponder

As you read through the above bullet points, take some time to reflect on them. Cloud and Townsend give a good caution: “No one is perfect. Safe people will at times stumble and be ‘unsafe’ for, after all, they are sinners too. So do not expect perfection” (Ibid., 38).