How do you respect the many voices on Gender? 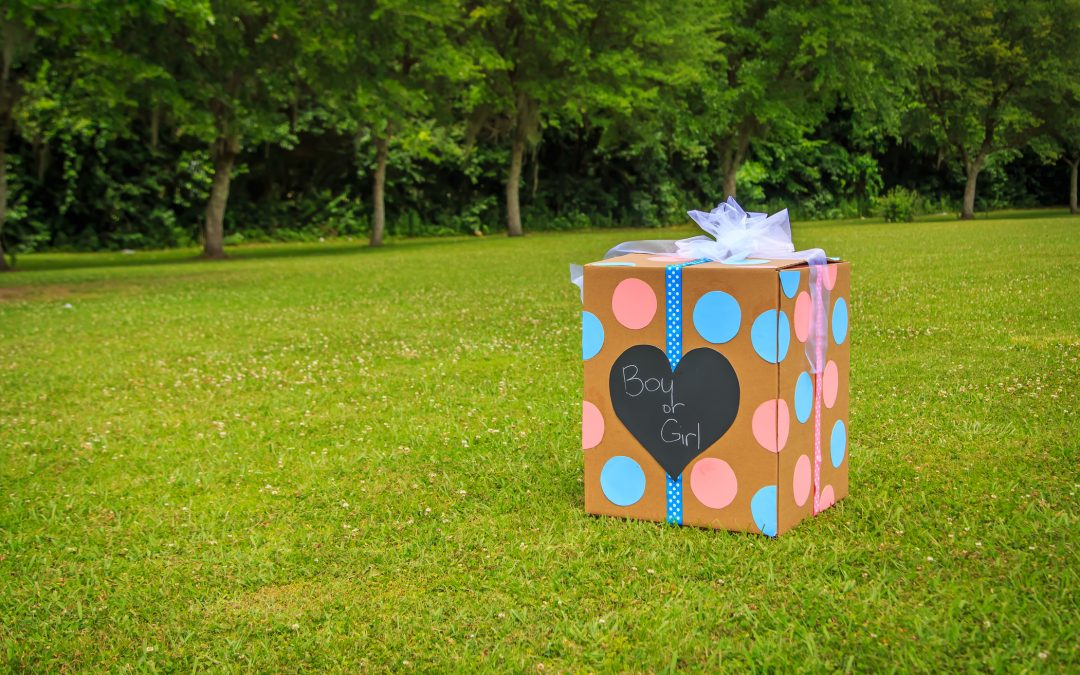 There are thousands of ideas on the Internet today for gender reveal parties. Those are the parties that take place after an ultrasound is performed around 20 weeks gestation. As a cake decorator, I have been asked many times to create a special cake for one of these occasions. Sometimes I learn whether to make the filling blue or pink directly from the ultrasound technician so that neither the mother nor father will know until they cut the cake. It has become quite a big business! And once the gender is revealed, the planning begins for the baby showers filled with blue or pink decorations and details.

I realize there are some parents who do not want to know the gender of their child until he/she is born, but the vast majority of people do find out before birth. And I also realize there are those who still keep things neutral even though they know the gender. However, just as the gender reveal parties have become the popular precedent, the gender neutral debate has heated up and appears to be growing stronger in power.

When my children were born, ultrasounds were a new technology. They were used only for those who were having issues in their pregnancy. We didn’t know the sex of our children before they were born. As a result, baby showers were filled with gender-neutral items. Shopping for the specific gendered items came after the baby arrived. Currently, we seem to celebrate gender before birth. However, once the child arrives, it seems a more neutral environment needs to be created to allow a safe space for the child to experiment with who they are apart from the trappings of societal pressures.

I’m all for giving a child space…I was given plenty of time to just be a child as I grew up. I played with dolls, trucks and whatever else I desired. Yes, I did have to wear a dress to school – that was mandated in my generation – but I was allowed space to be a child without pressure to decide which gender I wanted to pursue.

What an incredibly complex world we live in! For many of us, the gender-neutral environment is getting increasingly difficult to navigate. Are we actually putting even more pressure on young children? My head hurts as I seek to speak in political correctness without wounding someone in the process. Have we become overly sensitive and too easily wounded when our agenda isn’t top priority?

A difference of opinion

Recently I viewed a short “rant” as some have called it, from Piers Morgan after an award for best actor was given to Emma Watson. He was commenting about the gender-neutral environment being created in our world. To me, his comments were the heartfelt expressions of someone, like myself, who is struggling to understand this current trend. However, many have been deeply offended by his remarks. Lots of us are working hard to understand. We are expected to keep quiet even when we are confused and struggling. We are considered unaccepting and even intolerant when we express our differences of opinion. The message is that we are to be tolerant yet we are not tolerated ourselves. I know that many who are presenting this issue feel that in the past they have been treated just as we feel we are being treated now.

I want to celebrate gender, as I firmly believe that God created us male and female. At the same time, I want to be sensitive to those who desire a gender-neutral environment and struggle with gender stereotypes. As I raised my children, I always taught them to respect those individuals they came in contact with. I am working hard to respect and honor those with views that oppose my own and to understand their struggle without feeling that I have to abandon my convictions in the process.