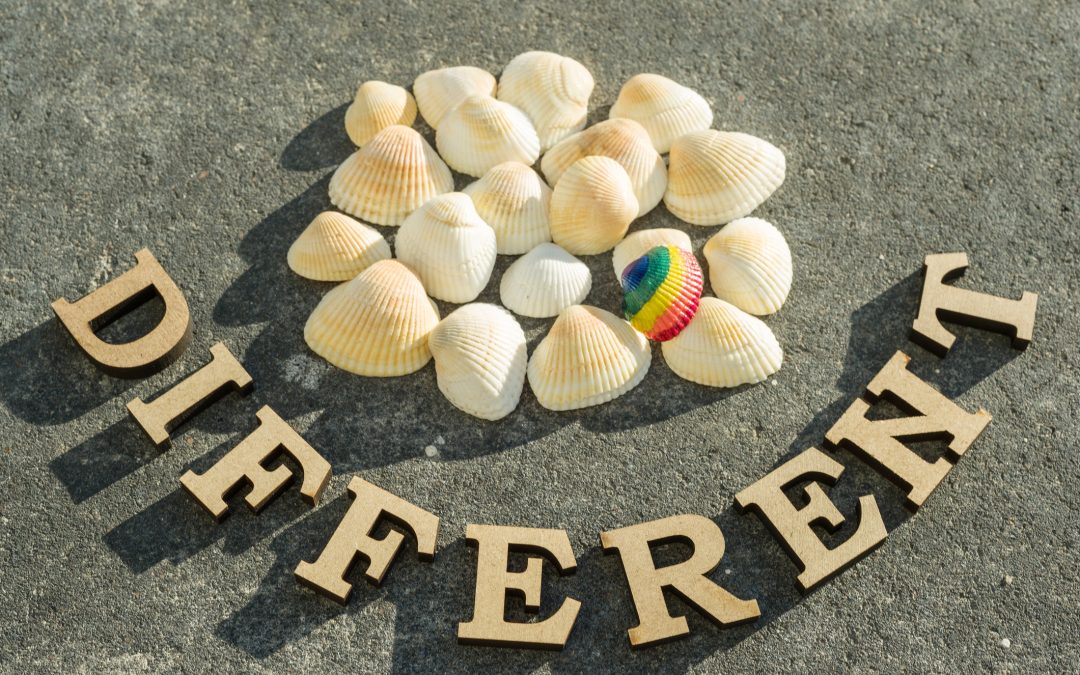 Growing Up Gender Dysphoric and Gay

I was already at a disadvantage from the word “go” growing up. I began struggling with confusion about my gender around age 5. It started off in small ways. I wasn’t rough and tumble like the other boys, but more emotional and artistic. There was an uncomfortability and lack of feeling “at home” in my body. I was overly modest for one so young and always seemed to keep myself covered. Later into first and second grade, we’d play games of pretend. I always chose to play the female parts (the mom or damsel in distress) and mimicked their mannerisms. This began to set up many painful issues at home and at school.

Fast forward to a miraculous event when I was seventeen. I came to believe Jesus knew me, loved me and had died on the cross for my sins and redemption. Yet, on the heels of all this “good news” I was suddenly thrown into tremendous conflict. After experiencing same-sex attraction since I was twelve, I also had experimented sexually with a friend. We were both fourteen at the time. Add on top of this some bad coping through smoking, drinking and drug use. You can understand the clash between my desires, behavior and new-found faith. My sincere love for Jesus and busy Christian activities were being overshadowed by condemning messages about homosexuality. My issues surrounding gender would take a back seat while I sought reasons for feeling same-sex attracted.

Looking back, I was navigating painful realities surrounding gender and sexuality on many internal and external levels. Much of this was on my own and alone. That was several decades ago and culture has changed dramatically since then. But the painful obstacles that LGBTQ+ youth face still remain the same. Where do they encounter these wounding difficulties?

Life at home is important for any adolescent but for LGBTQ+ youth it’s nuanced with many other complexities. Growing up we all navigate what’s going on internally and what life is firing at us externally. For many who experience same sex attraction, many have a growing awareness of feeling “different” at a young age. I can relate to that feeling. Feeling different and out of place can throw confusion into identity. If I’m not like those around me—who am I? Where do I fit? There can also be a mounting fear and anxiety of being rejected by parents, siblings and other family members. Depression can come from carrying a heavy secret or burden.

If the adolescent does come out, how is the family reacting to the news? Are they supportive, accepting or rejecting and shaming? Are the parents on the same page or battling with one another about how to move forward? What helpful or hurtful responses from siblings and other extended family members are present? Parents may still have a traditional view of gender and sexuality. Yet, there are ways to hold your views and still love your child well. Dr. Caitlyn Ryan from the Family Acceptance Project is quoted saying “LGBT+ teens are 2 to 4 times more likely to attempt suicide than their heterosexual peers. If their family is highly rejecting in response to their sexuality, they can be up to 8 times more likely. These findings have been repeatedly replicated for many years.”

Like school for a teenager isn’t bad enough. There’s a feeling of having a magnifying glass on you amplifying all your awful pubescent changes and flaws. For LGBTQ+ youth, school can be worse and feel like a threatening and unsafe place. Many are bullied, labeled with derogatory names and harassed. Others are verbally, physically or sexually abused. According to the 2015 GLSEN School Climate Survey on LGBTQ+ youth “Over eight in 10 (85 percent) experienced verbal harassment based on a personal characteristic, and nearly two thirds (66 percent) experienced LGBTQ-related discrimination at school. Due to feeling unsafe or uncomfortable, nearly a third (32 percent) of LGBTQ students missed at least one day of school in the last month, and over a third avoided bathrooms (39 percent) and locker rooms (38 percent).” Bullying that is ongoing and family rejection are the two high risk factors in LGBTQ+ suicidality.

Sadly for LGBTQ+ youth growing up in the church, it can feel as equally unsafe as home or school. Navigating the complications internally and externally surrounding gender and sexuality, adding faith into the mix can magnify these painful complexities. There can be a great deal of shame when an adolescent becomes aware of their same sex attractions. Fear will begin to build as they anticipate the church’s or leaders’ responses. Will they be rejected or excommunicated? Will God’s love be lost due to their feelings or behavior?

They might hear worse messages about the LGBT+ community from the pulpit or jokes about gays from other youth or leaders. This has actually happened to many men and women I know. Many Christians misapply the scriptures regarding sexuality which increases the shame. LGBTQ+ youth might keep their attractions a secret, struggle silently and strive to be “the perfect Christian”. There is no place to be authentic. Feeling the growing conflict and incongruence in their faith and attractions, many sadly leave their faith. They will join the LGBTQ+ community where they feel accepted.

These are heavy burdens that one so young shouldn’t have to carry alone. I faced many of these similar obstacles and struggled silently and on my own for over 10 years. What may be some of the results of these possible wounding environments for an adolescent struggling with same sex attractions? We’ll unpack that more in my next article