LGBTQ+—Caring for the People Behind the Letters: (Part 3 of 4) Those Who Would Identify as Same-Sex Attracted 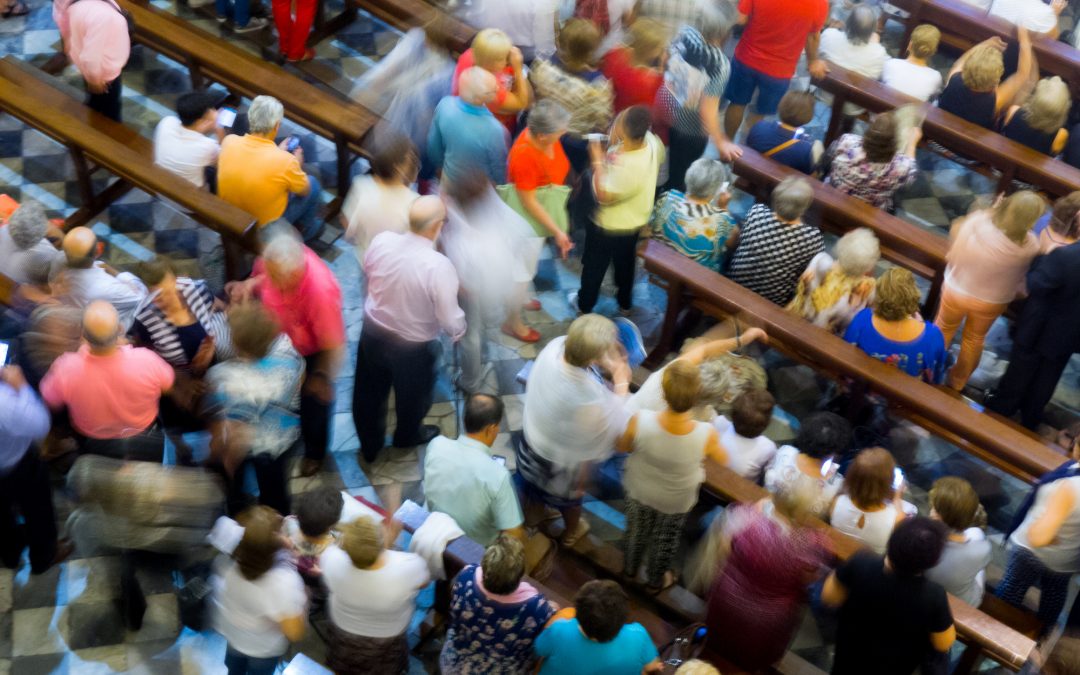 There are many different ways men and women navigate attractions towards the same gender. As people come to conclusions about their desires, this can influence how they view themselves and their sexual identity. One’s faith and relationship with God can also be a contributing (and messy) factor. An outcome might mean adopting a certain sexual identity label (ie-gay, lesbian, bisexual, gay Christian, etc). When asked how the church can love the LGBTQ community better, I usually begin by describing different groups of people:

With the diverse ways people live this out, the way we journey and pastorally care for them should be nuanced.

It amazes me when I think of all the different ways I’ve navigated my sexuality over the course of my life. After living in the gay community during the 80’s I had a reconversion experience, coming back to Christ. Now I was in conflict with my faith and sexuality again. The question was back on the table, “Can I live out and express my sexuality in a gay relationship?” This began a season of exploring this deep and important question from a theological perspective. After months of investigating differing viewpoints, my personal conclusion was it isn’t sin to have attractions to the same gender. At the same time, I felt that it wasn’t biblical for me to be in a same-sex sexual relationship. So now what?

There were only two choices I had if I was going to live within my personal convictions. One was to consider a marriage with someone of the opposite gender. The other choice was to live a single, celibate life. My history in regards to attractions and desires is filled with a lot of “fluidity.” There were seasons when I was attracted to a few women and seasons of feeling attracted to both genders. There were also seasons of feeling exclusively same-sex attracted. For many years at WGA I was open to exploring relationships with women.  But like many people, I just never met the right person.

The last decade or so has been settling into living a single, celibate lifestyle. I could share for pages about the joys and weary woes of this relational status (lucky for you I won’t). But living this out in the world of Christianity can sometimes exacerbate the weary woes. There are many friends I have with same-sex attraction who prefer not to take on a “sexual identity label.” Instead of using gay, lesbian or bisexual, they want their identity to primarily be in Christ. Most would describe their experience as “same sex attracted.”

Those who would identify as Same Sex Attracted

“How can the church support this group of people? Can we care for those in our congregations who are choosing a celibate, single lifestyle? How do we support those who want to be married to someone of the opposite gender?”

Help Them to Thrive in Their Single Relational Status

First off, let’s just say that whether you’re married or single, both come with their share of joys and difficulties. The grass is equally green on both sides. Yet sadly, most single folks can feel somewhat marginalized and invisible in the sea of families and children at church on Sundays. I have a friend that says church can feel like the loneliest place out of the entire week. How can the church help singles to thrive? At the same time we singletons need to take responsibility to find our place in the Body of Christ.

For same-sex attracted men and women who are choosing celibacy, there can be extra baggage to work through. Sometimes if shame has been experienced around same-sex desires, we can feel unworthy of participating in God’s Kingdom like others. What would specific discipleship look like to these men and women? How can churches help celibate Christians find their spiritual callings and utilize their gifts in service of church and culture? The church can benefit when we are truly alive in Christ.

There have been many seasons in church culture where I have felt like I’m only a “quasi” person. The church’s “remedy” to this partial personhood is for everyone to find their “other half.” Then they will be seen as whole and fulfilled.  Also singles may carry the stigma of being seen as asexual, neutral or genderless beings without longings and desires. Yet God has designed us to be spiritual and sexual people created for deep personal connection. We long for fullness, emotional, physical and sexual intimacy because that’s how He has made us.

I think most LGBTQ+ men and women feel their basic longings for love and intimacy are often invalidated. These longings are seen as “unreal,” because the desires are for someone of the same gender. Is it possible for us as Christians to honor the boundaries God has put around the expression of our sexuality and still affirm the legitimacy of what LGBTQ+ men and women feel? Surrendering some of these deep longings in order to live out one’s convictions, does not mean they go away or do not matter. We all need the support of our Christian communities to help us steward our God given desires in a healthy way.

There are many challenges to face when a same-sex attracted person chooses celibacy. First, we live in an over-sexualized culture where the narrative of romance and sex beats very loudly in our ears. It’s pretty foreign to non-Christians when you’re not getting a healthy dose of either on a regular basis. Second, though we have amazing, intimate stories of friendship found in scripture, it is not regarded as an equal to marriage. We idolize marriage and treat those who are single as if they are simply “not married yet,” completely disregarding the value that can be found in singleness. Third, for some reason single people in America feel like they have to do everything on their own. Living alone, shopping alone, getting yourself to doctor’s appointments—what’s up with that? It’s not surprising many folks opt for a gay identity and relationship as these things can wear a person down. There isn’t a “ready” answer for singles who need help.

The biggest question for celibate Christians is,  “What is intimacy, family and community going to look like for me?”  I’ve seen friends answer these questions in a variety of ways. Some will choose to live with several other friends (married and single) in “intentional community.” Think “Golden Girls” circa 2017. I know others who have been practically adopted into other families—sharing holidays, important events and daily life. Still, others find a best friend or “soulmate” to share home and life with—but celibately–like a committed friendship. Regardless of the possibility of temptation, you have to admit it’s creative. And it works for many.

Wise counsel for those wanting to explore opposite-sex marriage

People get into marriages for lots of not-so-great reasons. Many men and women have genuinely dreamed of being married and having children. It has seemed to be part of their vocation or calling. The staff has had the pleasure of walking through these kinds of discussions with folks over the years. I’ve been to many weddings and am watching the children from these couples grow.

Still, it’s always a good thing to get wise counsel for anyone who is seeking marriage. What is involved in the motivation? To get away from the stigma of being gay? To appear normal? (Like anyone knows what that is.) We’re always a mixed bag of motives, no matter the decisions, but it’s good to sift through these questions. Also, I’d encourage transparency about same-sex attractions to the future spouse as early in the relationship as is appropriate. I’ve seen marriages end when the information comes out after the fact. You want to give any marriage as strong of a foundation to start as you can.