LGBTQ+— Caring for the People Behind the Letters (Part 2 of 4): For those who would identify as Gay (LGBTQ+) Christians 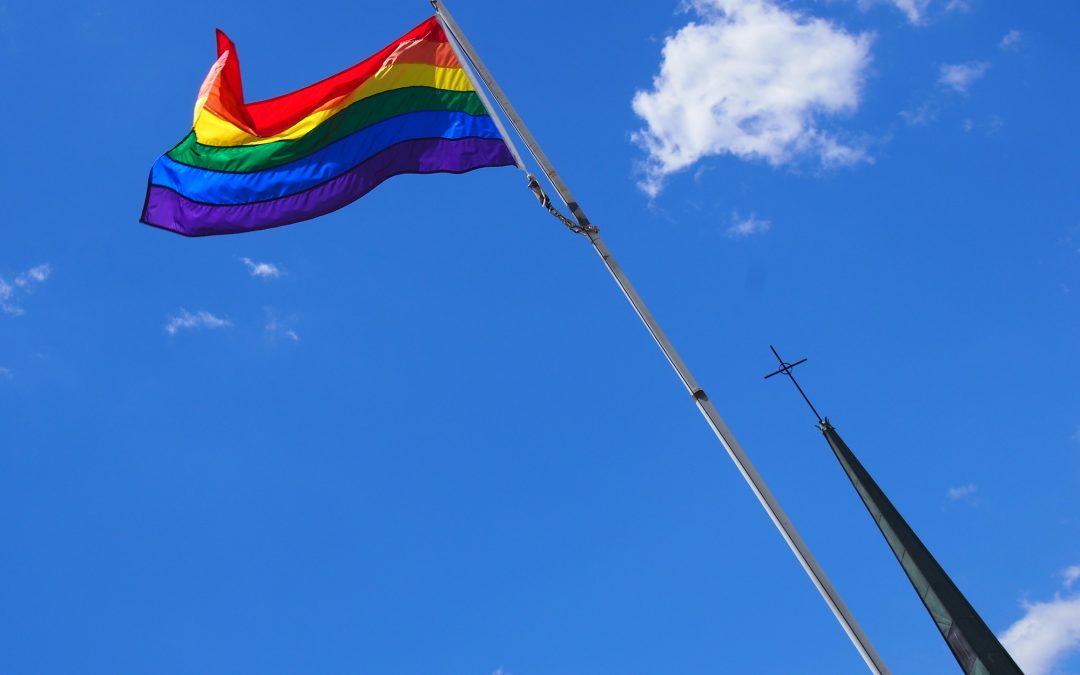 There are many different ways men and women navigate attractions towards the same gender. As people come to conclusions about their desires, this can influence how they view themselves and their sexual identity. One’s faith and relationship with God can also be a contributing (and messy) factor. An outcome might mean adopting a certain sexual identity label (ie-gay, lesbian, bisexual, gay Christian, etc). When asked how the church can love the LGBTQ+ community better, I usually begin by describing different groups of people:

With the diverse ways people live this out, the way we journey and pastoraly care for them should be nuanced.

When I was living in the gay community in my 20’s, I met a Christian man who became my friend. Now, I had always been wary of Christians, since I had some pretty negative experiences in the church. But he took a genuine interest in me and continued to share about Jesus.

This relationship jump-started my conversion back to Christ as I embraced Him back into my life. But now I was in conflict with my faith and sexuality again. The question was back on the table, “Can I live out and express my sexuality in a gay relationship?” Thus began a legitimate season of exploring this deep and important question from a theological perspective. After months of investigating differing viewpoints, my personal conclusion was it isn’t sin to have attractions to the same gender. At the same time, I felt that it wasn’t biblical for me to be in a same-sex sexual relationship or marriage. I’m grateful for the environment of WGA that allowed me to flail around while I figured how to live out these convictions.

Many same-sex attracted Christians have come to these same decisions. They choose to live celibately or will pursue marriage with an opposite-sex spouse (which we’ll cover in the next blog). But many of my close friends over the years have taken a different path theologically. They have embraced an affirming theology—one in which they believe God affirms and celebrates same-sex partnerships and marriages. This group of folks might be the most perplexing to Christians coming from a traditional biblical perspective. We seem to land on mutually exclusive sides theologically, which can produce some uneasy friction in a relationship. In my personal experience, this tension has created more of an opportunity to grow spiritually. Just like in culture, churches, and families there will always be the tension when there are blends of liberal and conservative viewpoints. If we use this tension redemptively, we all are challenged to love deeper, listen more and share truthfully. Let’s unpack the next pastoral question.

Those who would identify as a Gay (LGBTQ+) Christian-

“How do I pastorally love and care for a Gay Christian who might have a different theology around sexuality than mine? What if they have different boundaries around sexual expression? (Perhaps they are involved sexually with a partner and not married.)”

But What Does Scripture Say?

What is the first thing that comes to mind when you hear someone state they have a different position theologically? We feel protective of what God’s word says, especially about gender & sexuality.  We want to rush in and defend our beliefs. We may be temptedto launch into “scripture debate” mode. Sometimes we have close relationships where we enjoy bantering back and forth about the interpretations of scripture. Is this one of them? With friends I know that have taken on an affirming theology, they have agonized over the scripture. It has been a painful journey. They have read, re-read and haven’t taken it lightly. Assume this to be so, before debating. It also might be a good thing to read up on affirming theology for a better understanding and conversation. Begin the dialog with “I’d like to hear how you’ve come to these theological and faith decisions?”

Take some time initially just to hear their journey of faith and how they have navigated the complexities of gender and sexuality. Many friends, who have come through WGA, have felt significant shame about their attractions over their lifetime. They’ve carried a heavy burden of feeling the incongruence between their faith and their longings and desires. Some have adopted this position, because they are weary emotionally and spiritually of living celibately without much support. This can all be compounded by negative and painful experiences within families and church—especially when embracing a different theology. It’s not hard to find compassion for this kind of journey. Build trust over time and earn the opportunity to have more difficult conversations down the road.

A relationship with a family member might be more complex. They probably already know what you believe about these things from a Christian worldview. This can be helpful or make the situation more painful and complicated. There are many helpful resources when it’s going to take time for resolution. (see WGA’s website)

Many LGBTQ+ Christians who have had a slew of negative experiences in the Christian community will seek out affirming churches. Many of these churches encourage committed, monogamous relationships over casual sex. Other foundational Christian beliefs such as Christ and His atonement, justification by faith and the Holy Trinity are upheld. These can become safe havens. While there may be cause for concern, I am relieved when someone continues to pursue Jesus (no matter where), especially when many wounded Christians leave their faith entirely. Can we encourage a discipleship that deepens their relationship with God and allows Him to work in all our hearts?

Level the Playing Field by calling the Whole Church to Repentance

One thing has pleasantly surprised me in my faith journey, coming back to Jesus all those years ago,still remains. I walked into my first WGA meeting with a ton of “baggage”—addictions, broken relationships, lack of identity, etc. I just assumed my same-sex attractions would be the biggest thing He’d want to address first in my life. Apparently, that wasn’t His agenda. He wanted me to address the broken and distant relationship within my family first thing—how gracious is that? Forgiveness and restored relationships may be more important than what we consider is our “biggest sin”. We do this to one another often—thinking we know what is first on God’s agenda in a person’s life. This has been magnified in the church over decades. How did homosexuality become the biggest sin? Many LGBTQ+ folks wonder why God’s finger is exclusively on them when sin is rampant inside the church. Pornography, divorce, cohabitation, infidelity—statistically God’s children aren’t doing any better than those in “the world.” LGBTQ+ Christians feel this hypocrisy. Rather than singling out a few sins, let’s live as though God hates all sin and call His whole church to repentance.