Gender Dysphoria: The Little Boy in a Dress 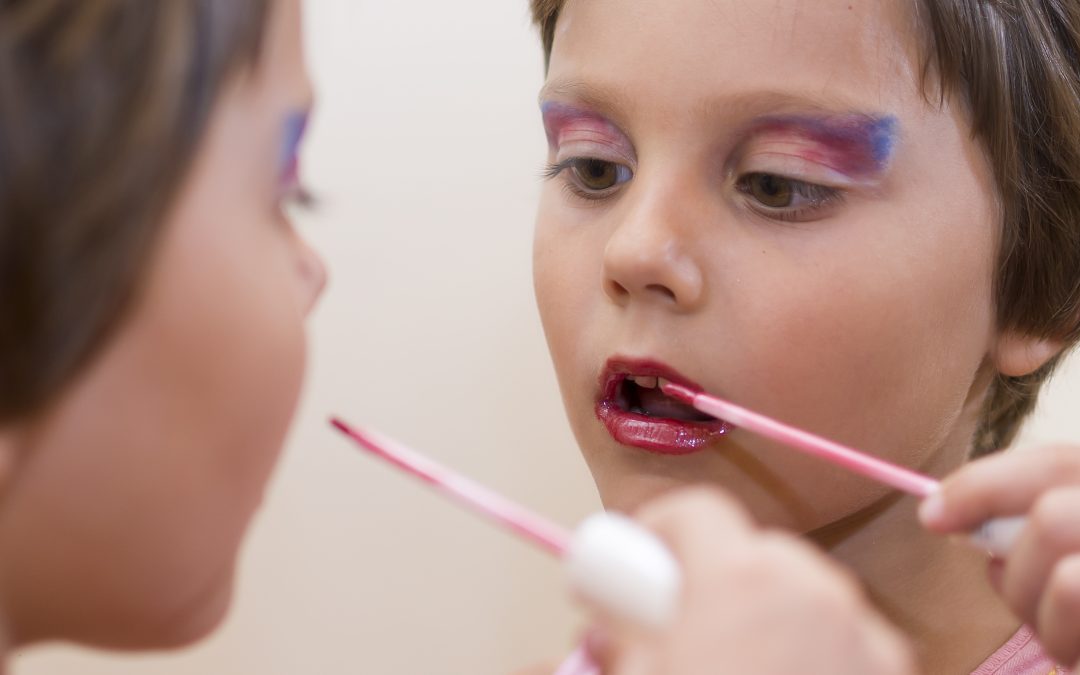 Houston, We Have a Problem

It was 1968, and I was 5 years old. While the U.S was wading through many difficult challenges that year (Vietnam, assassinations, race riots and the sexual revolution), my parents were beginning to navigate a conflict more closely to home. I began struggling with some confusion around my gender. It started off in many small ways. I wasn’t rough and tumble like the other boys, but more emotional and artistic. There was already an uncomfortability and lack of feeling “at home” in my body. I was overly modest for one so young and always seemed to keep myself covered. Later, into first and second grade when we’d play games of pretend, I always chose to play the female parts (the mom or damsel in distress) I mimicked their feminine mannerisms and hand gestures. And while Matchbox Cars and Legos were always fun, I also found myself gravitating to hopscotch, jump rope and the play kitchen.

Then one Christmas about a year later, I woke up and, much to my dread, what did I see under the tree? Santa had left my younger brother and me football uniforms! Out came the home movie camera. Still to this day, re-watching those films, it’s interesting to see how I reacted to having that uniform on. My brother was excited and ready to toss around the football, while I looked like I was weighed down with a hundred pound rock. I just wanted this off of me; my body language was screaming. As time went on I would continue to “dis-identify” with more things male—such as sports and certain types of clothing.

My mom went back to work, now that we were both in Elementary School. We would come home every day to the lady’s house next-door, who was our baby sitter. She had tons of toys in her basement and in the corner a big box of dress up clothes, complete with heels, dresses and purses. Every night for a week or so, I dreamed up what I was going to wear the next day and wished I was a girl. I had traded my football uniform in for a dress. When my parents were informed by our babysitter that I was basically doing drag every day after school—they put their feet down and ended that behavior pretty quickly. Yet internally my conflict of being a boy, but feeling like a girl, persisted. So what was going on?

What is Gender Dysphoria?

Mark Yarhouse, author of Understanding Gender Dysphoria: Navigating Transgender Issues in a Changing Culture, says, “Dysphoria means being uneasy about or generally dissatisfied with something. Thus gender dysphoria refers to the experience of having a psychological and emotional gender identity that does not correspond to your biological sex. This perceived incongruity can be the source of deep and ongoing discomfort.”1 When looking at this definition, it’s good to hone in on the word “discomfort” or perhaps the word “distress.”   How much distress and anxiety a child, adolescent or adult is experiencing with this incongruence can be thought of as on a continuum.  Some experience very little anxiety with feeling like the other gender. But there are those who feel a significant or growing distress that begins to impair functioning in important areas of life. They might meet the criteria for a diagnosis of Gender Dysphoria.

I’ve shared some of my stories from elementary school and how though I was physically a boy, I felt and desired to be a girl.   What would some of the symptoms be for a child who might be experiencing gender dysphoria at these ages? (This list from Yarhouse’s book has been edited to simplify it for this article.)

“When Gender Dysphoria is diagnosed in children, six of the eight other symptoms would be present, and one of those symptoms has to the first one on the list.”2

The Complexities of Gender

Gender is complex. What might cause someone to have incongruence between their biological sex and sense of gender identity?  The simple answer is we just don’t exactly know. While many studies and debates continue, it is probably safe to say there are many factors biologically, developmentally, culturally and within the environment one is growing up. While I have many of the symptoms on the above list, I continue to wonder about what level of true anxiety I experienced—if it would warrant a diagnosis of Gender Dysphoria? Many people resolve their gender conflict by the time they reach adolescence or adulthood. Others experience very little anxiety. For some, the anxiety continues to increase due to  these contradicting realities, and some type of intervention is needed. Some of these people move into the various categories under the transgender umbrella (gender variant, gender nonconforming, agender, two spirit, etc).

As Christians, we can value scripture and believe that God truly has an intent, design and purpose in our gender and sexuality.   He created it so that we might enjoy and know Him more intimately. Yet, we live in a fallen world and we don’t know how deeply or dramatically that has impacted these areas, especially on an individual level. Gender is complex and we know that created in His image, there is a mystery about it. We should approach it with some humility.   We can also be aware that issues around gender can include deep anguish and pain—anxiety, bullying, shame, depression, ridicule and rejection. All of which I have experienced personally. Compassion and empathy are always a good place to begin.