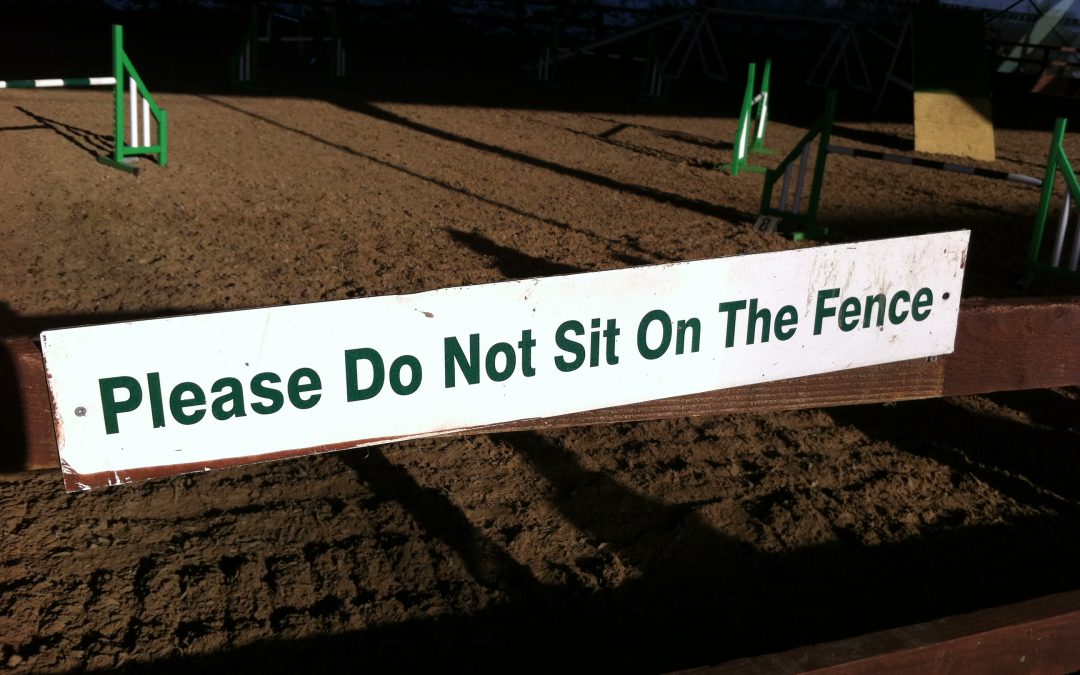 “I said I wanted to live in the country and in the city both ….”  “I am neurotic.  I could never settle down in either the country or the city.”

“You could live between them,” Buddy suggested helpfully. “Then you could go to the city sometimes and to the country sometimes.”

This exchange between Esther and Buddy illustrates my on-again off-again attitude and behavior in my dating relationships when I was a teenager and young adult.  Esther was describing exactly how I felt.

I asked myself, “What is underneath this vacillation ‘between one mutually exclusive thing and another?’ What kept me bouncing back and forth between pursuing relationship with a man I was attracted to, only to begin backing off as soon as I had his attention?”  I remember thinking, “I don’t want to be this way ‘for the rest of my days.’ How do I get off this pendulum I seem to be riding?”

For over thirty years now, I have had the privilege of working in a ministry where we spend time with people who often describe the same relational paralysis I found myself in long ago.  They describe a familiar yet painful and lonely place, where they find themselves caught in an emotional and mental trap. On the one hand, they want with every ounce of their being to love and be loved in a close and lasting relationship.  And on the other hand, they find their hearts closing off—right when the actual possibility of love presents itself.  They ask themselves as I did, “Why do I sabotage my own hopes and dreams?”

Why indeed?  I came to understand this condition of my heart and mind as ambivalence, defined by Webster as “simultaneous and contradictory attitudes or feelings toward an object, person or action,” or “a continual fluctuation (as between one thing and its opposite).”

So, how does one get out of this trap called ambivalence?  In my next article, I will offer a few thoughts on how to resolve ambivalence, but I first want to say that the resolution of a state of ambivalence is not necessarily a complicated process. The journey through resolution, however, will wind its way through a labyrinth of core beliefs, emotions, and discovery and exploration of our deepest longings and desires—the seeds of which were planted by our Father in heaven.  It is a journey worth embarking upon, but best traveled with others who also want to know the truth about themselves and others. That’s what we do at WGA, create a space for people to walk this journey together as we grow.

Mary is one of the founders of Where Grace Abounds and served as Executive Director from its inception on July, 1986 through March 31st, 2007.  She speaks and teaches at churches and conferences across the country. She has also served on several boards of non-profit organizations, is a conference speaker on a variety of topics that include: Intimacy with God, Healthy Sexuality, and leadership development.  Mary currently serves in leadership in her denomination. Mary’s favorite ministry roles are discipleship counseling, group facilitation, and leadership development.